The Spy Who Never Was–pretending to be Julie, called Chris, with code name Rose

The Spy Who Never Was 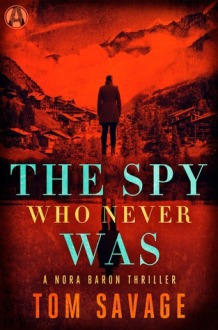 The Spy Who Never Was poses a mystery within a thriller as Nora Baron, drama teacher and part time CIA operative, is recruited to play the role of a spy who has disappeared, but never actually existed—according to Cole, head of the investigation. The mission is never quite clear to Nora, even as it suddenly reaches its conclusion and she is congratulated and sent back home. At this point the thriller is far from over for any of its characters.

Nora finds herself in the ultimate danger and discovers she is both naive and talented. She is aided by friends from previous missions along with new friends she learns to trust along the way. With interesting characters, settings in Paris and Switzerland, a complex plot, and some believable action, this is a book you will not want to put down.

I would like to extend my thanks to netgalley.com and to Random House (Alibi) for giving me the opportunity to read this book in exchange for an honest review.

Notes: #3 in the Nora Baron series; works well as a standalone

Professional agents knew their jobs, and they thought that no one outside their charmed circle possessed the imagination to do what they did. Now Nora could use their arrogant blind spot to her advantage.

Nora was working for phantoms, agents who were every bit as insubstantial as the paper woman they represented: the spies who never were.

…the words she shouted weren’t in the débutante handbook.

By lghiggins in Book Review, mystery, Thriller on January 15, 2018.
← Where I End–A Story of Tragedy, Truth, and Rebellious Hope Carnegie’s Maid–sacrificing for family →